Will RFID Golf Balls Ever Fly on Golf Courses?

Part of our daily job is to go through the hundreds of emails we receive. Most are the usual “what can you do for my client” rubbish, but a small number of them are extremely interesting – like the schizophrenics. Also falling into the interesting bucket are emails from people who have an amazing idea that just hasn’t taken off yet. They think we can help them, but we can’t. Your idea and $3.50 might get you a drip coffee at Starbucks these days. Ideas mean nothing. Execution is everything. Even if you execute like mad, statistics say you’re likely to fail anyways. Oftentimes it’s because there isn’t a viable business model. One such idea we came across recently was using Radio Frequency IDentification (RFID) to track golf balls. Seems like a perfect solution to one of the biggest first-world problems ever – lost golf balls.

While famous philosopher George Carlin proposed that golf courses provide the perfect land footprint to solve the homeless problem, it’s pretty clear to the duffers and professionals among us that this genius among men never played golf. It’s the best of games and the worst of games. Nothing will expose a man’s true character quicker than golf. It can go from fun to an extremely frustrating experience in the blink of an eye, yet people still pay loads of money to play it. If you’ve ever played golf, you’ve felt this frustration when you can’t find your golf ball.

On average, a player will lose 4.5 balls for every 18-hole round of golf played. According to research by the Danish Golf Union, an estimated 300 million golf balls are lost or discarded in the United States every year. That starts to add up when you consider that a dozen Titleist Pro V1 golf balls will set you back about $48 or $4 a ball.

Even if we use an average price much lower – say, around $2 a ball – that’s still $600 million being thrown away every year by golfers. But that’s not even the worse part. No, we’re not talking about the environmental impact of lost golf balls – which is another problem altogether – we’re talking about how lost golf balls affect something much more important. Your golf score.

“Did you see where that went?” is a common utterance on the golf course considering that you’re often launching a tiny ball several hundred yards into the air making it humanly impossible to see where it ends up landing. While playing golf, you will constantly see people searching for their ball. If they can’t find it, they’ll typically drop another ball and take a penalty stroke. The ability to find your golf ball after you hit it means you can potentially increase your score by finding where your golf ball is every time you hit it. Integrate an RFID chip into a golf ball, sync it with an app on your phone, and never lose another golf ball again. Seems like a great idea, so we decided to see if someone already patented it.

A cursory look at the Google patent database shows a few interesting patents. The first we came across “US6113504A – Golf ball locator,” broadly covers our use case without specifically mentioning RFID. Fortunately, it expired because of “fee-related issues” so one less thing to worry about. Then, we came across patent “US20120255999A1 – Golf ball with encapsulated RFID chip” which was granted in 2012 and expires in 2033. The same inventors behind this patent also filed another patent “US20120255998A1 – Golf ball with RFID inlay between a split core,”  in which we came across the following statement:

By way of example and not of limitation, the illustrative RFID chip is a Monza 4 Dura chip from Impinj.

Now we’ve been given a clue as to what sort of RFID technology can be used. (Impinj (PI) is an RFID company we last looked at back in 2016 when they had their IPO. Since then, shares of Impinj have been on a volatile ride.) We then decided to look at what Impinj is doing with RFID and golf balls, and we found the exact same use case that’s described in the patent.

Seems quite likely that this patent – which is currently granted to a certain Edge Technologies LLC – falls under the umbrella of this use case. We see that Callaway (ELY) – the world’s largest manufacturer of golf clubs – is providing the balls, Impinj is providing the RFID chips, and a company called Topgolf is providing a use case which has nothing to do with golf courses.

What Topgolf offers – among other things – is a unique sporting experience which involves shooting golf balls at targets using RFID-enabled golf balls which keep score as you go along. If you’ve ever played Tiger Woods PGA Tour on a console, then you know that this sounds like a complete blast.

With 52 locations around the globe so far, Topgolf has found a way to monetize the RFID golf ball idea into something that’s quite unique. In 2015, Topgolf also acquired the company that builds the technology used to track golf balls during professional tournaments using cameras. They’re now using that technology to create smart driving ranges. Maybe in the future we’ll see Topgolf golf courses which only allow players to use RFID golf balls.

For those of us who simply want to lose fewer golf balls, we’re interested to know if any companies are selling RFID-enabled golf balls that we can use while hacking our way through shoddy municipal courses. We searched around and didn’t find anything promising. Here are a few companies that offer RFID golf balls, neither of which we’d consider purchasing.

One Dutch company, Prazza, saw the opportunity at hand and developed a smartphone-sized device that would allow you to track your golf ball after you hit it. (Maybe just using a smartphone would have been a better idea.)

The solution uses RFID so that the ball can be detected from a distance of up to 110 yards. The cost? A whopping $299 for the handset and about $12 a ball which means you may not want to use them on a course with lots of water hazards. Golf Digest wrote a short article on the product back in 2011 which talked about Prazza’s claims that “most golfers lose four balls per round,” and that a “five-minute search for each of them adds 20 minutes to a round.” The value proposition is clearly spelled out, yet the company has apparently gone out of business. In 2016, Golf.com spoke with Michael Lynch, president of IntheHoleGolf.com, Prazza’s North American distributor, who said the following:

Lynch reined me in by pointing out that Prazza had tried to license its technology to the major ball makers and had subsequently quit the business. Chuckling, he added, “The ball companies don’t really want you to find their golf ball.”

The same article talks about how John Spitzer, the USGA’s current equipment czar, said that you’re allowed to have a tracking chip in the ball which collects data but you’re not allowed to use that data during the round in which it’s being collected. In other words, the USGA won’t allow you to use RFID golf balls with a tracking device while playing. That’s a pretty big barrier to entry for the whole idea of RFID golf balls, but at least one other company is having a go at it. A U.K. firm called RF-Golf sells some kind of solution but their website is so hideous that we couldn’t browse it for more than 30 seconds without getting physically ill. Proceed at your own risk.

We did come across other various offerings, but nothing at all that was compelling enough to consider purchasing. If you think your company is the exception, drop us a note in the comments section so we can have a look. Having your product on Amazon with a solid number of favorable reviews would be a good starting point to demonstrate some traction for your idea.

Using RFID technology to track golf balls sounds good on paper but doesn’t benefit any golf ball producer who wants players to lose as many golf balls as possible. It’s easy to imagine a future where “smart golf balls” contain chipsets that can track a large amount of useful information such as:

Imagine being able to finish a round of golf without having to keep track of the score because the “smart golf ball” you’re using does that for you. That ability to capture information would make the game of golf more enjoyable, more “fair,” and much more interesting for golf fanatics who have the money to spend. We already have chipsets that can withstand the sort of regular impacts that a golf ball will endure over its lifetime. What needs to change are the regulatory aspects of golf. The USGA would need to adopt new regulations to accommodate RFID golf balls which – given the pomp and circumstance behind the game – doesn’t seem likely anytime soon. Following the regulatory hurdle, we need to consider all the infrastructure needed to track RFID golf balls at any position on the golf course. Or does the ball track itself and talk to the cloud when it gets to the clubhouse? This gets back to our earlier point. It’s all about the execution. 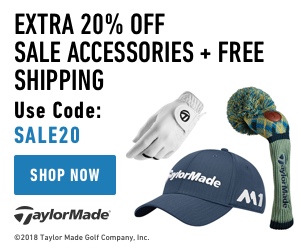 11 Smart Shoes That Are Digitally Connected

Tech doesn’t have to be difficult to understand

Let us keep you in the loop once a week or so.