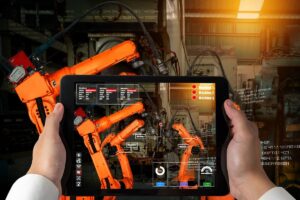 Last year, we decided to add the German IoT company TeamViewer (TMV.F) to our Disruptive Tech Portfolio. It scratched all of the right itches – highly profitable with a 100% subscription model, crazy growth across different metrics, strong regional diversification, and foreign currency exposure. (It also doesn’t suffer from the ARK effect.) Its connectivity platform […] 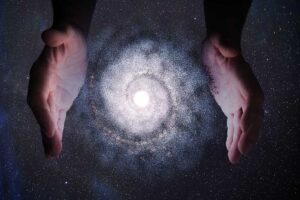 Is Unity Software Stock the Best Way to Invest in VR?

This whole “we’re living in a simulation” theory you hear Mr. Elon Musk talking about should be talked about a whole lot more. Atoms are 99.99% nothing, and everything is made of atoms. Ergo, everything around you is largely nothing. Cognitive psychologist Donald Hoffman believes that our reality today is actually a user interface that […] 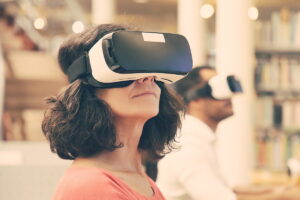 It’s hard to say which industry has suffered the most from the pandemic over the last year. While there are a few professions that perhaps should go extinct – professional cuddlers anyone? – it will take years to recover from the job losses and economic fallout in some industries. Movie theaters are certainly high on […] 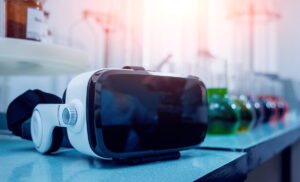 If artificial reality (AR) and virtual reality (VR) were two college students who just graduated, one would be much further along in their career than the other. Augmented reality has been making some solid strides into enterprise applications. At least two larger stocks we’ve covered – PTC Inc. and TeamViewer – are now offering enterprise […] 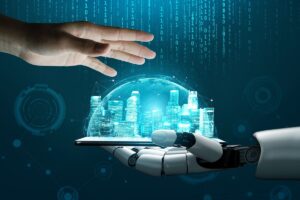 Sometimes it takes a while before a technology goes mainstream. One prerequisite is a name that conveys what the technology does while sounding good on a boardroom whiteboard. For example, the word “telexistence” seems to describe being able to exist in a particular place remotely. It’s an idea we wrote about four years ago in […] 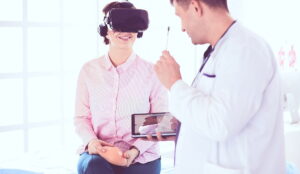 Last week we got a sneak peek into the future of healthcare digitization when Teladoc (TDOC) and Livongo (LVGO) announced plans for a merger. On paper (as of early August), the combined company would have a market value of more than $25 billion. The former is rapidly grabbing market share in virtual health through its […] 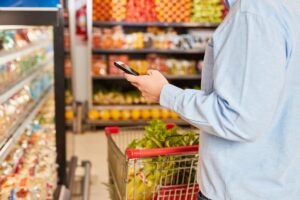 A Smartphone Barcode Scanner From Scandit

Every time your items are rung up at the grocery store, a technology is used that was first patented 48 years ago. Several decades after the first barcode patent was issued, it began its use in stores and hasn’t evolved much since. Your bog-standard one-dimensional barcode (1D barcode) consists of vertical lines that contain 20-25 […] 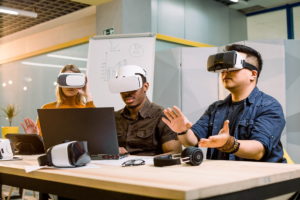 While most of the world (well, those who shower in the morning before cursing their fellow office commuters but now work in their underwear until 3 pm) adjusts to the concept of remote work, we at Nanalyze are kind of pros. That’s because we pretty much work wherever we can get a WiFi signal, from […]

Even the Americans can be forgiven for not knowing much about a little-visited European country called Belarus. Often referred to as the “lungs of Europe,” 40% of the country is covered in forests through which European bison roam – the inspiration for the delicious “bison grass vodka.” It’s a shame that not many people visit Belarus […]

VR in Architecture, Engineering, and Construction

We recently discussed how both virtual reality (VR) and augmented reality (AR) have disappeared from Gartner’s Hype Cycle, yet wide-scale enterprise implementations seem to be lacking. Sure, we’re seeing some interesting use cases pop up like data visualization or drug discovery. But VR needs more than nifty use cases, it needs some real traction. There’s always […]