Good ideas aren’t enough. That’s why any entrepreneur who asks a venture capitalist to sign a non-disclosure agreement (NDA) is thrown into the amateur hour bucket. It’s why countless people have businesses that consist of a name, a logo, a website, and a domain name they keep renewing to assure themselves their side hustle will […]

You see with your brain, not with your eyes. The images captured by your eyeballs are actually upside down, and your brain flips the images right side up. A fellow named George Stratton studied this phenomenon when he wore glasses that inverted his vision. After about seven days, his brain adjusted, and he started to […]

Stop reading this article for a moment and stare at a point on the wall. How much of what you see is rendered in high resolution? The Verge took a break from politics and wrote an excellent article on how the human eye sees things. Only about 0.1% of what you see in your field […]

There’s a common misconception among Twitter critics – most of whom haven’t accomplished squat – that what’s keeping back would-be entrepreneurs from becoming billionaires is funding. They’ll posit it’s because some venture capitalists look the same, or dare ask critical questions of a business model with no regard for someone’s feelings. The truth is that […]

Is Vuzix Stock a Good Buy? Probably Not.

As one ages, there’s a desire to leave the world a better place than you found it. While most jobs in finance don’t ring that bell, we always get a warm and fuzzy feeling teaching people how to become better investors as opposed to telling them what exciting stock to invest in. So, whenever we […]

Why Kopin Stock – KOPN – Should Be Avoided 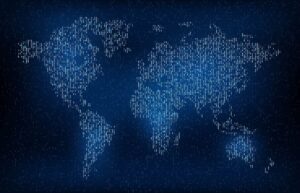 The Oracle of Mars, Elon Musk, has often alluded to the conspiracy theory metaphysical possibility that we’re living in a simulation. It’s like that scene from “Animal House” where Pinto the pledge ponders the implication that one atom in his fingernail is an entire universe. Ergo, his universe is but a single atom in the […] 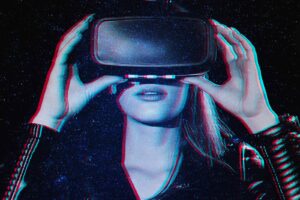 A few years ago, it seemed like every other article we wrote was about artificial intelligence, while lamenting the fact that there were few pure-play AI stocks on the market. Today, there’s no lack of variety for investors to put money into AI stocks. Half of the 16 articles we’ve written specifically on AI this […]

Last year, we decided to add the German IoT company TeamViewer (TMV.F) to our Disruptive Tech Portfolio. It scratched all of the right itches – highly profitable with a 100% subscription model, crazy growth across different metrics, strong regional diversification, and foreign currency exposure. (It also doesn’t suffer from the ARK effect.) Its connectivity platform […]

Is Unity Software Stock the Best Way to Invest in VR?

This whole “we’re living in a simulation” theory you hear Mr. Elon Musk talking about should be talked about a whole lot more. Atoms are 99.99% nothing, and everything is made of atoms. Ergo, everything around you is largely nothing. Cognitive psychologist Donald Hoffman believes that our reality today is actually a user interface that […]