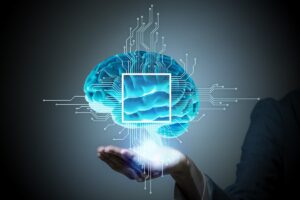 6 Companies Building Organs on a Chip

In a past article, we provided a basic overview of the FDA Drug Approval process and noted that Phase 1 of the approval process is focused on making sure the drug compound is safely metabolized in the human body. Prior to this phase, animal tests are conducted to try and predict whether the compound will […]

A few years back we wrote about Adesto Technologies, a company developing a superior form of RAM memory called “conductive bridging RAM” (CBRAM) to target the non-volatile memory market. One way to get some exposure to Adesto was through owning Harris and Harris Group (NASDAQ:TINY) which has been a significant investor in Adesto to date. […]

Back in 2003 when nanotechnology first came across the radar of technology investors, a number of companies helped fuel excitement in this sector with promises of nano-enabled breakthroughs that would disrupt entire industries. One company that seemed to show great promise was Nantero, and their efforts to create a form of memory that used carbon […] 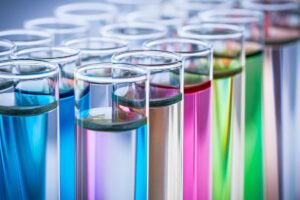 We’ve written a fair number of articles before about disruptive technology venture capital fund Harris and Harris Group (NASDAQ:TINY). While the fund itself hasn’t treated investors very well over time, some of their holdings such as D-Wave do seem to have lucrative potential. One TINY holding which filed for an IPO this past week is […]

Investing in Quantum Computing with TINY and D-Wave

TINY: Are Shareholders About to be Rewarded?

In a July 2013 article, we highlighted Harris and Harris (NASDAQ:TINY), a publicly traded venture capital company that is focused on investing in companies that are involved in disruptive technologies. The article noted that TINY has not been a good long term investment. If you had been invested in TINY over the past 5 years, you […]

Nanomix Resuscitates Itself with a Heart Attack Test

In 2004, Harris and Harris Group made an investment of $2.25 million in Nanomix, a company developing sensors made from carbon nanotubes that it said could be used in environmental monitors, breathing tests, and other biological tests. When Nanomix announced a funding round of $16 million in 2005, David Macdonald, the company’s chief executive officer and president, said […]

In recent articles we have looked at various investments held by Harris and Harris Group (NASDAQ:TINY) such as Solazyme, Adesto, Molecular Imprints, and Champions Oncology. In TINY’s most recent 10Q filing made late last week, it was noted that LED company Bridgelux is TINY’s 6th largest equity holding as seen below. In Q1 and Q2 of 2013, […]

A TINY gamble on Champions Oncology

In a previous article we discussed the SEC warning against investing in companies that conduct a reverse merger on the over-the-counter exchange.  However, there are always exceptions to any rule. In looking at Harris and Harris Group’s (NASDAQ:TINY) latest 10-Q we see that TINY has a current investment in an OTC stock called Champions Oncology (OTCMKTS:CSBR). […]