Are Dog DNA Tests Worth the Hype?

It’s a dog-eat-dog world when it comes to DNA testing. We’ve seen it all over the last few years, from serious topics such as privacy issues and the ethics of DNA testing for intelligence to super silly applications like physical fitness and dating. It’s certainly an industry that has courted its share of controversy, with companies like 23andMe engaged in a rocky relationship with the federal government over regulatory and privacy issues. But the beauty – and bane – of the free market is that people are free to spend their money on anything they want. That brings us to the topic of dog DNA tests.

We already know that people are willing to pay big for their pooches and pets – about $72 billion last year in the United States alone. That’s provided impetus behind emerging industries like insect-based pet food, so it’s no surprise that people would be willing to spend money on genetic tests that can identify their canine’s breed, detect inherited genetic diseases, or determine a possible familial relationship to that bitch Lassie. In 2005, researchers sequenced the canine genome, which has about 20,000 to 25,000 genes located along 39 pairs of chromosomes (humans have 23 pairs), a thread-like structure that contains the DNA molecule of each cell. You’ll recall that DNA carries the blueprint for each living organism – information that can be used for fun and profit.

Sniffing Out the Validity of Dog DNA Tests

It wasn’t long before Mars Inc. – yes, the family-owned maker of such culinary confections as M&Ms and Snickers – launched its first DNA test for dogs in 2007. Originally, the tests were only available through a veterinarian by drawing blood, according to a story in the Atlantic, but the company decided to go direct-to-consumer (DTC) a couple of years later by developing a saliva test. There are about 20 labs around the world that now market a wide variety of tests. That’s according to an article in the prestigious journal Nature entitled, “Pet Genomics Medicine Runs Wild.” You can probably guess that the authors aren’t too keen on the whole dog DNA test trend, writing:

Most of these tests are based on small, under-powered studies. Neither their accuracy nor their ability to predict health outcomes has been validated. Most vets don’t know enough about the limitations of the studies, or about genetics in general, to be able to advise worried owners.

The criticism is probably pretty valid, given that a recent assessment of DTC genetic tests for humans, for which there exists far more research, found that, of all genetic variants presented in people’s test results, 40% were inaccurate. So, no, you’re probably not related to King Henry VIII or Genghis Khan, after all, but you probably do have a horrible genetic disease that the test can’t detect.

However, there are efforts to improve the rigor behind dog DNA tests by academia and beyond. Veterinary laboratories at the University of Pennsylvania and the University of California, Davis, offer their own dog DNA testing services. PennGen Laboratories, for instance, has cataloged more than 900 inherited disorders that have been identified in dogs and provides an easy-to-search database for finding the right genetic test. The UC Davis Veterinary Genetics Laboratory offers dog DNA tests that can “verify parentage, identify genetic diversity within dog breeds, assess traits of interest, and determine genetic predisposition to health conditions.”

On the commercial side, some companies in the industry have joined a project called Harmonization of Genetic Testing for Dogs that is working to ensure dog DNA testing is done by “certified laboratories to high standards, and data being used and shared in a way that accelerates discovery.” Let’s take a look at some of the companies.

Founded in 2015, Embark Veterinary is considered by many as the best in show among dog DNA test kit companies, and is one of the founding members of the awkwardly named Harmonization project. The Boston-based startup has raised $16.3 million, including a $10 million Series A earlier this month. The company was founded by two brothers as a spin-off from Cornell University College of Veterinary Medicine, so Embark definitely has the science bonafides. It also appears to be one of the few that actively conducts research, such as a scientific paper on why huskies have blue eyes (because it makes them look cool). It claims its genetic tests capture more than 200,000 genetic markers, about 100X more than its closest competitor, while checking for more than 170 health conditions.

Embark Doggy DNA TestsAs part of its dog DNA testing package, Embark says it is the only company that also provides data on how much DNA a dog shares with other Embark dogs in its database, even offering owners the ability to connect with one another. Its technology can detect inbreeding going back generations, providing insights to breeders who want to avoid harmful mutations. If only the Greek gods had genetic testing before they bred the three-headed dog Cerberus. Check out Embark’s doggy DNA tests here.

Wisdom Panel is the Mars affiliate that has offered dog DNA tests for more than 10 years. That longevity means that the company has compiled a database with more than one million dogs. Its full test kit for breed and disease detection is cheaper than Embark at $149.99 on Amazon, though it only examines about 20,000 genetic markers. Still, that’s good enough to identify more than 350 breeds and 150-plus diseases, all delivered in an easy-to-understand online report:

While the company reportedly leverages the data for “basic research,” the tests are also part of its parent company’s larger business model, according to a story in Wired. Specifically, the data help steer consumers toward the right kind and amount of breed-specific canine food.

The Rest of the Pack

There are a number of other companies yapping at the heels of Embark and Wisdom Panel. A few that we’ve encountered include:

Here’s the Poop on Another Type of Dog DNA Test

Not every dog genetics company is caught up in whether your poodle is 10 generations removed from Benji. Some of them are there to answer the most basic question of all: Who crapped in my front yard? Yes, it’s CSI for dog poo. BioPet Laboratories bills itself as the “DNA dog waste management company.” It reportedly serves more than 3,000 communities in the United States, Canada, and the UK. The PooPrints concept is pretty simple: Owners provide a swab of dog saliva, which is then sent to the company’s lab and entered into a database. A sample of unauthorized poo is sent to the lab, where it is matched against the database, with the results forwarded to the proper authorities, sending the offending party to the doghouse. In case you haven’t had enough pet puns, here’s the company’s pitch:

It’s a bit more of a cat-and-mouse game when it comes to frisky felines and DNA tests. That’s partly because cat breeds have a much shorter history than their tail-wagging counterparts, so cat DNA tests can describe general lineages but are not able to specify breeds. There’s a bit more to it than that, and you can read more about cat DNA tests on the UC Davis website, which offers its own cat ancestry test.

Founded in 2017, a Los Angeles area startup called Basepaws has raised $350,000 in disclosed funding for its $95 cat DNA test. The company’s test similarly cannot identify specific breeds but can offer a general overview of what breeds make up your cat and look for genomic similarities to existing breeds. Its scientists are also doing research on genetic diseases in cats, even offering free tests to “unique” cats for the study. Maybe some of that money will come from Shark Tank, as Basepaws is scheduled to appear on the TV show April 28.

Are dog DNA tests worth the hype? It’s hard to say. While the information from these tests can provide some interesting details, it’s probably not a great idea at this time to base healthcare decisions solely on a genetics test like that kid in Old Yeller did. Companies like Embark Veterinary, through its own research and coordinated efforts, are certainly adding to our knowledge, but there is still a lot of work to do before we have reliable polygenic risk scores for our pugs and poodles. 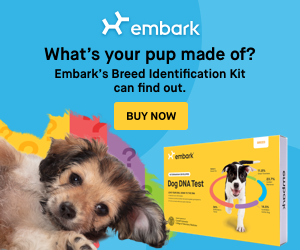 When Are Genetic Health Tests Worth Taking?

We can help. Our MBAs will keep you informed about life sciences.